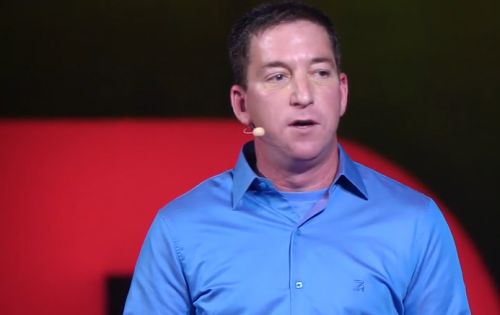 Personal safety, personal space… the right to a family and a private life. To meet these needs we must have a supportive society. From that society also expect to be given trust and freedom of action – as long as we don’t harm or exploit others. Privacy matters because it underlies all these things.

We want free thinking and freedom from oppression to continue. Privacy matters because we need to have personal space. We need that space to think, be creative and to find ways to help change things for a better future.

Of course democracy is all about change, making things happen for a better future. That ideal is often foiled. The modern trend in “Democracy” is for governments to be more and more paternal. They act like a well intentioned, over protective parent. This growing, centralized power, of the executive

is giving governments powers that do not represent the needs of the people.

There is no conspiracy theory

Our government, most modern governments, are run by career politicians. They are there because they sought power and found ways to satisfy their need for it.

Equally, career politicians see their power is threatened in all sorts of ways. There are terrorists, criminals, hackers, enemies of the state, even simple changes. There are dozens of demons we recognise as a source of fear. Actually, in terms of real numbers, these demons are relatively tiny. They kill, maim or harm far less people each year than road traffic accidents. But the scariness of the hidden threat from these demons keeps people fearful of them. More fearful than they feel from the threat of cars, which we live with daily.

Politicians know people fear the hidden threats. The fear is out of proportion to the actual threat. It is easy to play on those fears. Politicians play on it because it gives them leverage. They slip “protective” legislation into the normal parliamentary programme. While such legislation is dressed up as “protective”, it’s really designed to give more power to the executive. Career politicians are in government because they desire that power.

A government does not have a conscience. It’s a group of people there to be powerful. It is natural for members of the government to try and consolidate that power, protect it. And, to prevent change that threatens that power.

No one in government would tell it like that. But the collective mind is very powerful. MPs, with the best intentions, wander the corridors of power frightening each other with creepy stories of half perceived and hidden threats… those hidden demons. This simple story of self escalating paranoia builds political walls and keep politicians in control – and in jobs.

Of course those threats do exist. It is the response to them that is out of proportion. The political forces of today are using the fear to repress changes that threaten the current power regime.

Why is it that privacy matters? Why is the fear relevant?

Privacy is a gossamer-thin idea. It is essential to our personal life. It is a part of our family, our investments, our safety. Without it we feel naked, threatened. We protect our possessions with locked doors. We share our deepest secrets only with trustworthy professionals. We entrust our health and well being with the most secret of our advisers – doctors. Our loves, fears, hopes, aspirations and means of income are all protected through our privacy.

Despite deep feelings about privacy, it’s difficult to define. We can so easily let it slip out of our mind when other fears confront us. Privacy matters because our way of life is potentially lost if we let our private lives go. At the same time we find it difficult to see that it is gradually being taken away.

If I publish your medical records you would feel the pangs of privacy bite you. If the government want to see your phone records the same is not true… now. If at any time in the future you want to change the political future you will be in the firing line. Would you want to have your phone records examined then? That idea is what lies behind the recent journalist cases where celebrity phones were hacked. Clearly privacy matters to celebrities. Yet, recent changes in the UK law allow that same power to be exercised by the police and security forces. They can hack telephones with very few or no legal controls.

The Internet technologies provide for communication and recreation, work and shopping, fun and friendship. However, while these things are for the general good, the same Internet machines also retain records of all our activities. Privacy matters very little to the anonymous computers that handle the tracks you leave on the Internet. The Internet is one vast surveillance machine. It works for government and for corporate “big data” libraries. Both “mine” your data for the wealth you have to give.

Therein lies the problem. The good of the Internet is to enable free thinking, open communication and a world of information. At the same time it can be a place of hidden subversion, criminality, threat and fear. And, unprecedented in human history, the Internet provides the most powerful surveillance machine ever devised. This is a place where politicians can indulge their fears and their control tendencies. It is a perfect cocktail for fear-mongering and legislative controls.

Those fears and controls threaten our privacy. The surveillance machine that is the Internet can easily make public all that we hold private. In the UK, the recent selling off of all our medical records to private companies is a good example. The government have over-stepped the mark. The right to a private life has been discarded by government. Instead the balance has been tipped in favour of a weak threat and a considerable paranoia in political circles.

Privacy is what Governments worldwide are sacrificing for the collective paranoia over those hidden fears. Privacy matters because it threatens the personal power of politicians and the power base of government. Politicians are freely legislating to allow penetration into our deepest and most closely held private places. These are the places where our privacy matters to each of us. Governments now routinely allow official access to our medical records, telephone records, investment records, shopping, social media. Even more invasive, our home computers, mobile phones, cameras and our search engine records are open to access too.

Our lives are the poorer for a loss of our privacy. If you’ve ever avoided doing something perfectly legal because there was a camera there, you are sensitive about your privacy. If this is the case, or might ever be the case, then you need to realise one thing. Mass surveillance is a constant presence. It is a presence that modifies our behaviour. It prevents us from getting involved.

Ultimately, having no privacy stops us doing the things that would change society for the better. It prevents those ideas that threaten the current political regime. Democracy is there to provide for constructive and progressive change. That change is to help society. Loss of our thinking and personal space, our privacy loss, prevents us thinking of new and different ways to move our society forward. Invasions into our private lives also intrude into private and personal thoughts. That intrusion stops us thinking of creative ways to change our society. Our loss of privacy threatens to prevent moral, ethical and social change to take us forward.

Ultimately privacy matters because in a surveillance society people become virtual sheep. They are managed by the dogs of government controlled by the career politicians.

Privacy matters because it protects us. It helps us avoid a society run by a political class that are out of touch with the people.

In the video Glenn Greenwald brings out many of the ideas above, and more. It is full of insightful ideas. It helps us see inside a society with no privacy. It warns us to be careful about building a surveillance society.