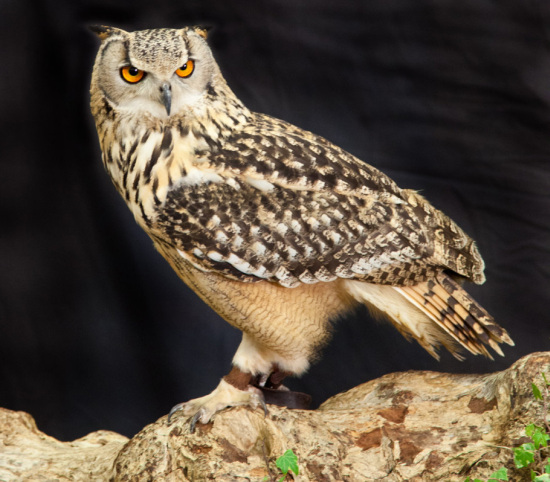 • Keeping a watchful eye… •
Surveillance is more than being watched.

The eye is on you!

“Surveillance”, in most peoples eyes, involves nights in cars outside suspects houses. Or perhaps covert operations with cameras pointed between closed curtains from darkened rooms. This is a modern mythology. The drama of the TV screen is far from the surveillance we are all under in our every day lives.

The Cold War drama of spying, surveillance and counter intelligence is fast going the way of the dinosaur. Spying will go on despite everything else. What most people don’t realise is that surveillance has come to each and every one of our front rooms.

The power of technology is undoubted. But what we don’t often think about is how joined up that technology can be. The Internet and the other networks are a powerful communications media that extends beyond the individual. Beyond even organisations and Governments. These network technologies are in effect a two way street. We can get to all sorts of information. We can find out where to go for dinner tonight. We can contact an old friend. We can buy food, a widget, a car or an island in a remote place.

The act of doing these things leaves electronic tracks. The accounts we hold, the things we buy, the money we spend, social networks we interact with… all these tell other people a lot about us. In short, our lives have now been imprinted on the largest, most dispersed filing system of all time – The Internet. People who have a good knowledge of how to use the data out there have an unprecedented picture of our lives.

Of course organisations and governments have the greatest access. If you spend money on Google, use Google mail, have a Google tablet, use Google apps and so on… you will have an intimate relationship with Google. You will also have given Google a great deal of information about you. Likewise, but not so publicly, your Government will have an electronic picture of you that is pretty comprehensive too.

In all walks of your life this electronic intimacy is building up. More to the point, information is money. An organisation like Google stands to make a lot of money out of you if it can provide ads targeted at you. It can also provide many other goods and services. Smart organisations today are spending large amounts of money to build these commercial relationships with individuals.

Smart criminals are using the Internet and information about you too. A lot can be found out from your social networks, your online publications and even basic location and picture information. If you are a target for a criminal you can be easily followed up over the Internet, and pretty intimate and detailed data can be compiled.

All the personal information about people on the Internet amounts to a pretty comprehensive picture of you. Someone undertaking personal surveillance of you can have at their finger tips all they need for a burglary, ways to control you socially, deterrent or threat information for extortion, ways to frighten or manipulate you.

Of course your Government may be benevolent. But in information there is power. And Governmental power is growing – exponentially. Organisations like Google have the power to follow you, advertise, persuade or otherwise convince you to use their services. Governments have the power of discrimination, imprisonment, deterrence, behavior control and, ultimately, the power of life and death over its citizens. Because they hold the data for your official existance as well as the power to access the information other organisations hold on you.

Using data manipulation, governments can find out details about large segments of the population. This data can tell governments what they need to know about running the economy, keeping people in work and managing the health and safety of the nation. However, the information they can collect can also tell the state about “undesirable” elements, criminal elements and “threats”. The problem is, these terms are a matter of interpretation. As happened with Hitlers Germany, things change fast. A shift of power here, a redefinition in law there, new media interest somewhere else… before long whole classes of the population can become effective “undesirables”.

Mass surveillance of the population is both pervasive and widespread. In effect the Government have a huge database of personal ‘official’ data on nearly everyone. They also have vast repositories of data on the population that is not about official documentation and law. The police national database in the UK is a gigantic repository of un-formatted facts and data about vast swathes of the population. Similar databases exist in most countries now. The US Government even record telephone conversations of vast numbers of people outside of the USA.

The two fronts of surveillance

In a modern nations-state we have personal surveillance at organisational and government level (and, incidently the criminal level). The information that is gathered about you (daily) exists for the investigation, monitoring, control and even exploitation of your personal life. Very little of this information is held on your behalf, or for your benefit. Even health data is collected by governments for the benefit of the state, not you. That data is used to control costs and to manage wider issues of healthiness and economic stability. The individual is of little consequence to a government.

Governments, and some global organisations have an interest in the general population. Where there is a threat to the nation-state, to its “way of life” (probably undefinable), and to its citizens, governments carry out mass surveillance. This is continuous monitoring of significant portions of the population at large – and possible the populations of other countries.

The front for this mass surveillance is in every house. Telephones, computers, cameras, cars, licensing, purchasing, marrying, divorcing, birthing… everything becomes an information source. A Government collects information from a wide range of electronic sensors, data collectors, listening and watching devices. It also collects data from a vast source of electronic points of reference like official buildings, websites and other communication methods.

The changing face of surveillance

Today surveillance is largely about compiling personal data – watching and holding data about the individual. But the point source of that data is becoming joined up and networked. If we combine all the data collected about individuals we have an effective source of mass surveillance data. The individual data source has become the foundation for the mass surveillance. The combination and management of this data lies in the connection of networks and through powerful software techniques. While monitoring of specific individuals is important, it is inseparable from the monitoring of the population at large.

Data techniques for governments and large organisations probably do not differ greatly. The purpose for the surveillance might differ (profit by business; control by Governments). Either way, the emphasis for surveillance has changed. The person-to-person direct-contact surveillance of the Cold War is long gone. Now we have continuous monitoring and recording of data transactions at thousands of sensor points. These sensors are at tills, websites, telephones, street monitors, cameras, and a whole range of other ways we interact with organisations and governments.

Gradually, our whole lives have become watched. We are all a data-source. And, of course, potentially we are all data entities that can be manipulated on the basis of the data we have provided.